King Khan Hockey club started as the Axiom Nokia sponsored team and soon became a renowned hockey club which has established itself as the number one team in the domestic circle and competed in many International friendly and tournament games.

It is not a young side in age but a very young side in "heart". The club was established in 1999 and is owned and managed by Ali Khan.

Our recent visit to Nepal on 23rd October 2017. We played a friendly encounter with the Nepal Army Team. We had a second string side as most players had stayed back as a game was not planned. The match ended in an exciting 4 - 4 draw.

King Khan Hockey Club won the final of the UTSC Gulf Cup with a scintillating performance, what a final. with 37 seconds to go, Nohaiz leveled from a great pass from Asfar. The final was decided on penalty stokes taken from the 25 yard line. King Khan winning by 3 - 1
Venue: Al Nasr Leisureland
Time: 9:00 AM

Just got back on 28 October form Kathmandu, Nepal.

Glad to be a part of KKHC

Keep up the great performances

Finally we have a hockey website for our club online.  I guess I have to post the first comments. 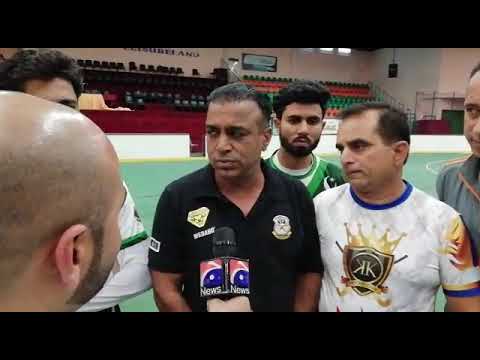